Home » About » Biographies » About Peter 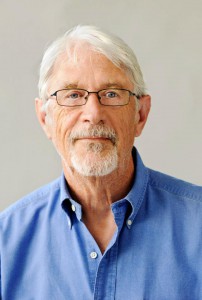 Peter Clothier is an internationally-known writer who specializes in writing about art and artists. He believes in avoiding the jargon that obscures much current writing about art, and in writing simply, clearly, in language that the lay person can readily understand. He seeks to achieve a harmony of mind, heart, and body in his work, and looks for this quality in the artists he writes about. A reformed academic, now fifteen years in recovery, he has returned in recent years to teaching, in mostly non-traditional ways: in workshops, continuing groups, and individual coaching and mentoring for artists and writers.

Peter Clothier’s publications include: Aspley Guise, poems, Red Hill Press, San Francisco, 1969; Parapoems, Horizon Press, New York, 1972; Chiaroscuro, a novel, St. Martins Press, New York, 1985, Signet Paperback, 1986; Dirty Down, a novel, Atheneum, New York, 1987; David Hockney, a monograph in the Abbeville Modern Masters Series, New York, 1994; While I Am Not Afraid: Secrets of a Man’s Heart, a memoir, published by High Mountain Press, Santa Fe, 1997 and a collection of political essays, The Bush Diaries. He also wrote Mind Work: Shedding Delusions of the Path to the Creative Core, a series of essays examining the importance of self-examination to the creative process, and Persist: In Praise of the Creative Spirit in a World Gone Mad with Commerce, which addresses the predicament of the creative individual in a culture in which celebrity and money trump talent and quality of work. His most recent book, DEAR HARRY: LETTERS TO MY FATHER, is currently in production. He has also published scores of articles and reviews in international art publications, including ARTnews, Artforum, and Art in America, and he is a frequent book reviewer for the Los Angeles Times.

Clothier has served in numerous academic positions. At the University of Iowa, where he completed his doctoral degree between 1964-68, he was Instructor of the Translation Workshop in the International Writers’ Program from 1968-69; at the University of Southern California, he was Assistant Professor and Director of Semester of the Arts from 1969-76; in 1976, with developing interest in the art world in Southern California, he became Dean at Otis Art Institute of Los Angeles County, and was appointed Acting Director in 1977. He remained at Otis until 1979, when he received a Rockefeller Fellowship for a study of the work of the African American artist Charles White, and was subsequently appointed Dean of the College of Fine & Communication Arts at Loyola Marymount University in 1981. He left the academic world in 1985 to become a full-time freelance writer, consultant, and lecturer in the arts.

In recent years, Clothier has facilitated numerous small group seminars, including “Artists’ Matters”, a continuing series of monthly workshops for studio artists in collaboration with Ellie Blankfort. “Word Friendly”, a workshop for creative people interested in renewing their love of language, was offered for the first time at The Esalen Institute in June, 2000, and will be offered again next year. And his pioneering exercise in meditation and contemplation, “One Hour/One Painting”, has been offered to wide acclaim at the Los Angeles County Museum, the Museum of Contemporary Art, The J. Paul Getty Museum, and at other museums and galleries in Southern California.

Clothier has appeared as a guest on numerous talk radio and television shows. As a member of the ManKind Project, he has also been active in organizing and staffing men’s training weekends in the Southern California area.