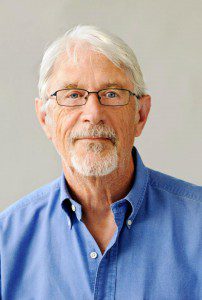 Peter Clothier has spent many years enriching lives across the world through his writing and fresh perspectives on politics, teaching, the creative process, art, religion, and culture.  Please browse his biography for more information on one of the more well-versed and dynamic members of the Los Angeles art scene.

As a long time observer of the contemporary art world and a widely published writer, Peter Clothier’s publications include: Aspley Guise, poems, Red Hill Press, San Francisco, 1969; Parapoems, Horizon Press, New York, 1972; Chiaroscuro, a novel, St. Martins Press, New York, 1985, Signet Paperback, 1986; Dirty Down, a novel, Atheneum, New York, 1987; David Hockney, a monograph in the Abbeville Modern Masters Series, New York, 1994; While I Am Not Afraid: Secrets of a Man’s Heart, a memoir, published by High Mountain Press, Santa Fe, 1997 and a collection of political essays, The Bush Diaries.  He also wrote Mind Work: Shedding Delusions of the Path to the Creative Core, a series of essays examining the importance of self-examination to the creative process, and Persist: In Praise of the Creative Spirit in a World Gone Mad with Commerce, which addresses the predicament of the creative individual in a culture in which celebrity and money trump talent and quality of work. His most recent book, DEAR HARRY: LETTERS TO MY FATHER, is currently in production.

Ellie Blankfort started her career at the Los Angeles County Museum before opening the highly successful Ellie Blankfort Gallery in 1972 to showcase young Southern California talent. Amongst the artists she represented at that time were Lita Albuquerque, Jim Morphesis, C. B. Hunt, and Martha Alf. Eight of her gallery’s artists were featured in the 1974 Whitney Biennial in New York. Since closing her gallery in 1976, she has been active as a consultant and fine art advisor to numerous private and corporate collections, and directed the art program at the Frank O. Gehry-designed Loyola Law School in the 1980s. She now devotes herself largely to her artists’ advisory service, working individually with artists in guiding their studio and professional life.